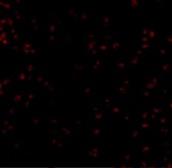 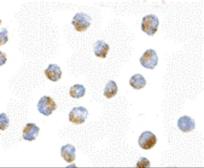 Bub1 antibody was raised against a 19 amino acid synthetic peptide from near the amino terminus of human Bub1.The immunogen is located within amino acids 40 - 90 of Bub1.

This gene encodes a serine/threonine-protein kinase that play a central role in mitosis. The encoded protein functions in part by phosphorylating members of the mitotic checkpoint complex and activating the spindle checkpoint. This protein also plays a role in inhibiting the activation of the anaphase promoting complex/cyclosome. This protein may also function in the DNA damage response. Mutations in this gene have been associated with aneuploidy and several forms of cancer. Alternate splicing results in multiple transcript variants. [provided by RefSeq, Jul 2013]
Show More +

There are currently no references for BUB1 antibody (GTX31758). Be the first to share your publications with this product.
Submit a Reference

There are currently no reviews for BUB1 antibody (GTX31758). Be the first to share your experience with this product.
Submit a Review