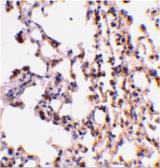 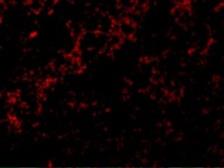 Bid antibody was raised against a peptide corresponding to 14 amino acids near the carboxy terminus of human Bid.The immunogen is located within amino acids 120 - 170 of Bid.

This gene encodes a death agonist that heterodimerizes with either agonist BAX or antagonist BCL2. The encoded protein is a member of the BCL-2 family of cell death regulators. It is a mediator of mitochondrial damage induced by caspase-8 (CASP8); CASP8 cleaves this encoded protein, and the COOH-terminal part translocates to mitochondria where it triggers cytochrome c release. Multiple alternatively spliced transcript variants have been found, but the full-length nature of some variants has not been defined. [provided by RefSeq, Jul 2008]
Show More +

There are currently no references for Bid antibody (GTX31689). Be the first to share your publications with this product.
Submit a Reference

There are currently no reviews for Bid antibody (GTX31689). Be the first to share your experience with this product.
Submit a Review