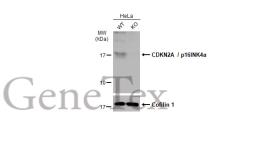 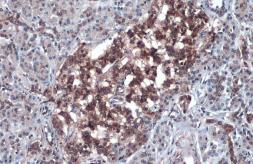 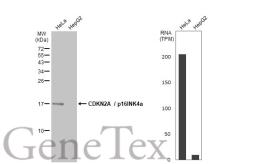 Store as concentrated solution. Centrifuge briefly prior to opening vial. For short-term storage (1-2 weeks), store at 4ºC. For long-term storage, we recommend adding 50% glycerol, then aliquot and store at -20ºC or below. Avoid multiple freeze-thaw cycle_x0000__x0000_

1.34 mg/ml (Please refer to the vial label for the specific concentration.)

Recombinant protein encompassing a sequence within the N-terminus region of human CDKN2A / p16INK4a. The exact sequence is proprietary.

There are currently no references for CDKN2A / p16INK4a antibody (GTX135119). Be the first to share your publications with this product.
Submit a Reference

There are currently no reviews for CDKN2A / p16INK4a antibody (GTX135119). Be the first to share your experience with this product.
Submit a Review
Literature 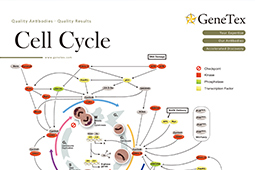