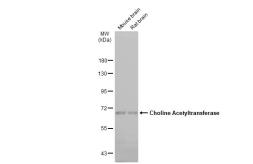 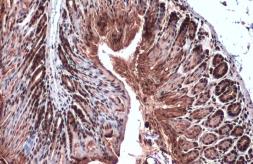 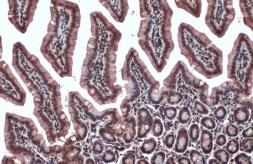 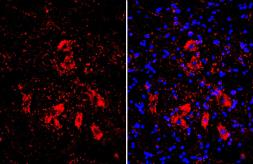 1.07 mg/ml (Please refer to the vial label for the specific concentration.)

Recombinant protein encompassing a sequence within the N-terminus region of human Choline Acetyltransferase. The exact sequence is proprietary.

This gene encodes an enzyme which catalyzes the biosynthesis of the neurotransmitter acetylcholine. This gene product is a characteristic feature of cholinergic neurons, and changes in these neurons may explain some of the symptoms of Alzheimer disease. Mutations in this gene are associated with congenital myasthenic syndrome associated with episodic apnea. Multiple transcript variants encoding different isoforms have been found for this gene, and some of these variants have been shown to encode more than one isoform. [provided by RefSeq]
Show More +

There are currently no references for Choline Acetyltransferase antibody [N1N3] (GTX113164). Be the first to share your publications with this product.
Submit a Reference 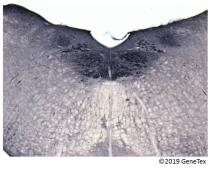