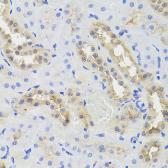 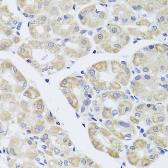 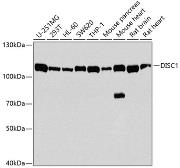 This gene encodes a protein with multiple coiled coil motifs which is located in the nucleus, cytoplasm and mitochondria. The protein is involved in neurite outgrowth and cortical development through its interaction with other proteins. This gene is disrupted in a t(1;11)(q42.1;q14.3) translocation which segregates with schizophrenia and related psychiatric disorders in a large Scottish family. Alternate transcriptional splice variants, encoding different isoforms, have been characterized. [provided by RefSeq, Jul 2008]
Show More +

There are currently no references for DISC1 antibody (GTX33154). Be the first to share your publications with this product.
Submit a Reference

There are currently no reviews for DISC1 antibody (GTX33154). Be the first to share your experience with this product.
Submit a Review