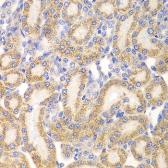 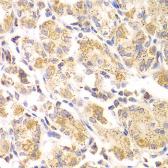 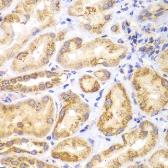 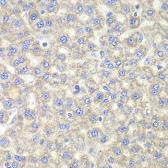 This gene encodes a member of the eyes absent (EYA) family of proteins. The encoded protein may act as a transcriptional activator and have a role during development. It can act as a mediator of chemoresistance and cell survival in Ewing sarcoma cells, where this gene is up-regulated via a micro-RNA that binds to the 3' UTR of the transcript. A similar protein in mice acts as a transcriptional activator. Alternative splicing of this gene results in multiple transcript variants. [provided by RefSeq, Sep 2013]
Show More +

There are currently no references for EYA3 antibody (GTX33187). Be the first to share your publications with this product.
Submit a Reference

There are currently no reviews for EYA3 antibody (GTX33187). Be the first to share your experience with this product.
Submit a Review