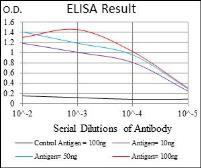 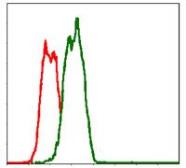 The protein encoded by this gene is a member of the TNF-receptor superfamily. This receptor contains a death domain. It has been shown to play a central role in the physiological regulation of programmed cell death, and has been implicated in the pathogenesis of various malignancies and diseases of the immune system. The interaction of this receptor with its ligand allows the formation of a death-inducing signaling complex that includes Fas-associated death domain protein (FADD), caspase 8, and caspase 10. The autoproteolytic processing of the caspases in the complex triggers a downstream caspase cascade, and leads to apoptosis. This receptor has been also shown to activate NF-kappaB, MAPK3/ERK1, and MAPK8/JNK, and is found to be involved in transducing the proliferating signals in normal diploid fibroblast and T cells. Several alternatively spliced transcript variants have been described, some of which are candidates for nonsense-mediated mRNA decay (NMD). The isoforms lacking the transmembrane domain may negatively regulate the apoptosis mediated by the full length isoform. [provided by RefSeq, Mar 2011]
Show More +

There are currently no references for Fas antibody [4F8D6] (GTX60559). Be the first to share your publications with this product.
Submit a Reference

There are currently no reviews for Fas antibody [4F8D6] (GTX60559). Be the first to share your experience with this product.
Submit a Review