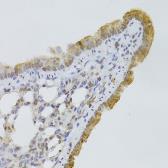 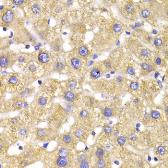 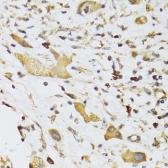 The protein encoded by this gene localizes to the inner mitochondrial membrane and catalyzes the conversion of glycerol-3-phosphate to dihydroxyacetone phosphate, using FAD as a cofactor. Along with GDP1, the encoded protein constitutes the glycerol phosphate shuttle, which reoxidizes NADH formed during glycolysis. Two transcript variants encoding the same protein have been found for this gene.[provided by RefSeq, Jan 2010]
Show More +

There are currently no references for GPD2 antibody (GTX33225). Be the first to share your publications with this product.
Submit a Reference

There are currently no reviews for GPD2 antibody (GTX33225). Be the first to share your experience with this product.
Submit a Review
Newsletter