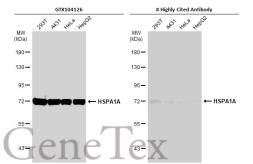 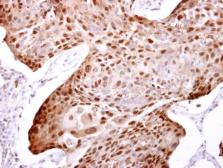 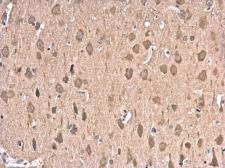 0.68 mg/ml (Please refer to the vial label for the specific concentration.)

Recombinant protein encompassing a sequence within the center region of human HSP70. The exact sequence is proprietary.

This intronless gene encodes a 70kDa heat shock protein which is a member of the heat shock protein 70 family. In conjuction with other heat shock proteins, this protein stabilizes existing proteins against aggregation and mediates the folding of newly translated proteins in the cytosol and in organelles. It is also involved in the ubiquitin-proteasome pathway through interaction with the AU-rich element RNA-binding protein 1. The gene is located in the major histocompatibility complex class III region, in a cluster with two closely related genes which encode similar proteins. [provided by RefSeq]
Show More +