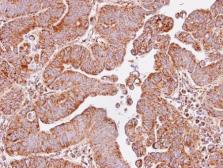 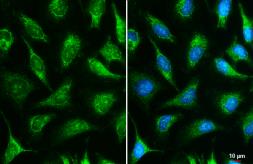 0.84 mg/ml (Please refer to the vial label for the specific concentration.)

Recombinant protein encompassing a sequence within the center region of human IDH3A. The exact sequence is proprietary.

There are currently no reviews for IDH3A antibody (GTX104073). Be the first to share your experience with this product.
Submit a Review
Application Reference
Reynolds MS et al. Am J Physiol Endocrinol Metab 2016; 311 (1):E186-201 β-cell deletion of nr4a1 and nr4a3 nuclear receptors impedes mitochondrial respiration and * secretion.
Newsletter