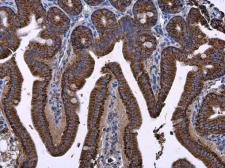 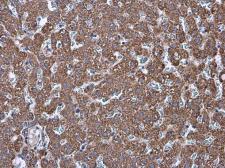 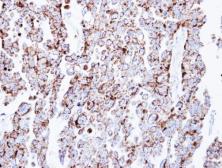 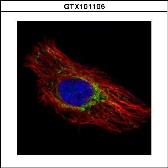 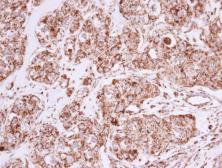 0.97 mg/ml (Please refer to the vial label for the specific concentration.)

Recombinant protein encompassing a sequence within the center region of human Prohibitin. The exact sequence is proprietary.

Prohibitin is an evolutionarily conserved gene that is ubiquitously expressed. It is thought to be a negative regulator of cell proliferation and may be a tumor suppressor. Mutations in PHB have been linked to sporadic breast cancer. Prohibitin is expressed as two transcripts with varying lengths of 3' untranslated region. The longer transcript is present at higher levels in proliferating tissues and cells, suggesting that this longer 3' untranslated region may function as a trans-acting regulatory RNA. [provided by RefSeq]
Show More +