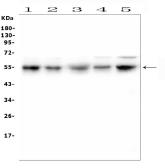 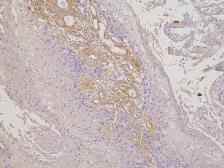 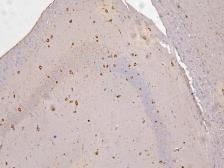 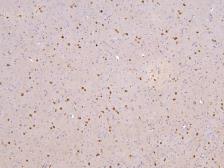 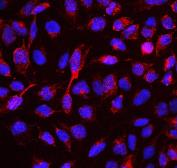 0.5 mg/ml (Please refer to the vial label for the specific concentration.)

This gene encodes an RNA-binding protein that belongs to the c-myc gene single-strand binding protein family. These proteins are characterized by the presence of two sets of ribonucleoprotein consensus sequence (RNP-CS) that contain conserved motifs, RNP1 and RNP2, originally described in RNA binding proteins, and required for DNA binding. These proteins have been implicated in such diverse functions as DNA replication, gene transcription, cell cycle progression and apoptosis. The encoded protein was isolated by virtue of its binding to an upstream element of the alpha2(I) collagen promoter. The observation that this protein localizes mostly in the cytoplasm suggests that it may be involved in a cytoplasmic function such as controlling RNA metabolism, rather than transcription. Multiple alternatively spliced transcript variants encoding different isoforms have been found for this gene. [provided by RefSeq, Apr 2010]
Show More +

There are currently no references for RBMS3 antibody (GTX00828). Be the first to share your publications with this product.
Submit a Reference

There are currently no reviews for RBMS3 antibody (GTX00828). Be the first to share your experience with this product.
Submit a Review
Promotion