Carrier-protein conjugated synthetic peptide encompassing a sequence within the center region of human ROR alpha. The exact sequence is proprietary.

The protein encoded by this gene is a member of the NR1 subfamily of nuclear hormone receptors. It can bind as a monomer or as a homodimer to hormone response elements upstream of several genes to enhance the expression of those genes. The specific functions of this protein are not known, but it has been shown to interact with NM23-2, a nucleoside diphosphate kinase involved in organogenesis and differentiation, as well as with NM23-1, the product of a tumor metastasis suppressor candidate gene. Four transcript variants encoding different isoforms have been described for this gene. [provided by RefSeq]
Show More + 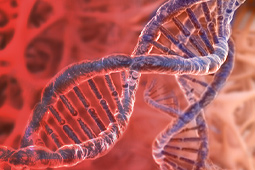