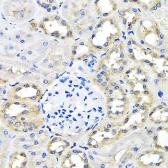 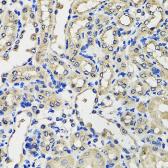 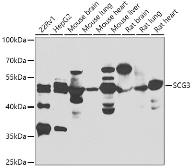 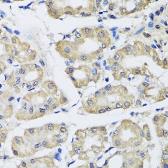 The protein encoded by this gene is a member of the chromogranin/secretogranin family of neuroendocrine secretory proteins. Granins may serve as precursors for biologically active peptides. Some granins have been shown to function as helper proteins in sorting and proteolytic processing of prohormones; however, the function of this protein is unknown. Two transcript variants encoding different isoforms have been found for this gene. [provided by RefSeq, Sep 2009]
Show More +

There are currently no references for SCG3 antibody (GTX32859). Be the first to share your publications with this product.
Submit a Reference

There are currently no reviews for SCG3 antibody (GTX32859). Be the first to share your experience with this product.
Submit a Review