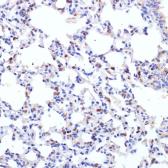 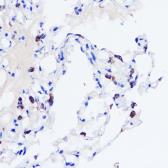 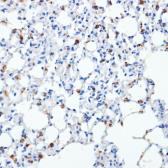 This gene encodes the pulmonary-associated surfactant protein C (SPC), an extremely hydrophobic surfactant protein essential for lung function and homeostasis after birth. Pulmonary surfactant is a surface-active lipoprotein complex composed of 90% lipids and 10% proteins which include plasma proteins and apolipoproteins SPA, SPB, SPC and SPD. The surfactant is secreted by the alveolar cells of the lung and maintains the stability of pulmonary tissue by reducing the surface tension of fluids that coat the lung. Multiple mutations in this gene have been identified, which cause pulmonary surfactant metabolism dysfunction type 2, also called pulmonary alveolar proteinosis due to surfactant protein C deficiency, and are associated with interstitial lung disease in older infants, children, and adults. Alternatively spliced transcript variants encoding different protein isoforms have been identified.[provided by RefSeq, Feb 2010]
Show More + 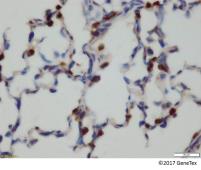