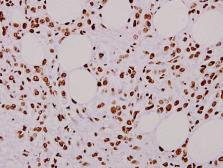 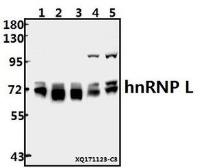 For In vitro laboratory use only. Not for any clinical, therapeutic, or diagnostic use in humans or animals. Not for animal or human consumption.

There are currently no references for hnRNP L antibody (GTX66652). Be the first to share your publications with this product.
Submit a Reference

There are currently no reviews for hnRNP L antibody (GTX66652). Be the first to share your experience with this product.
Submit a Review