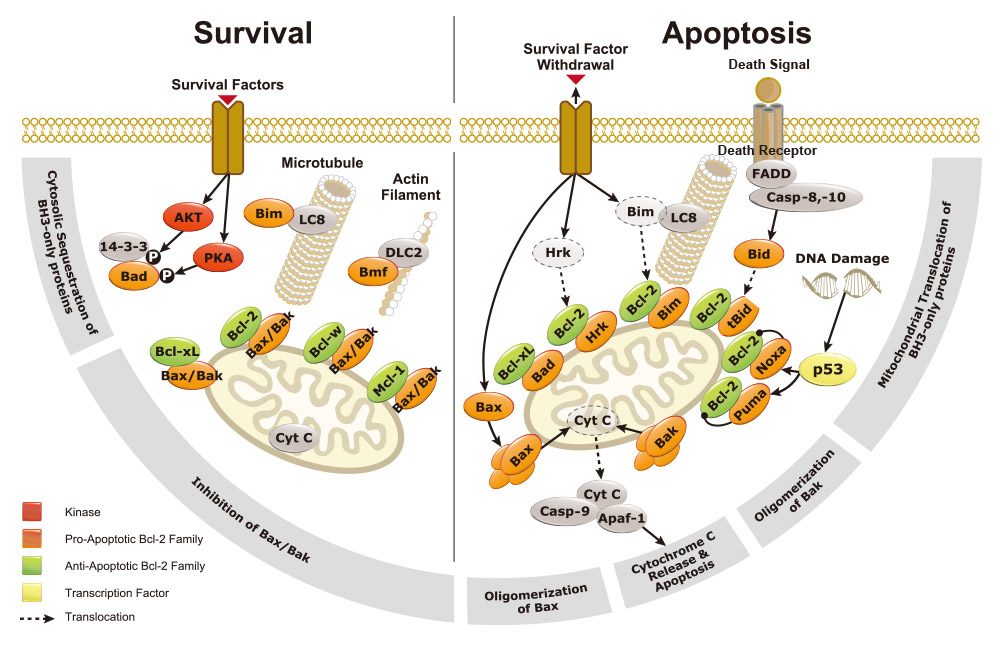 B-cell lymphoma-2 (Bcl-2)-family proteins play an important role in regulating the induction of apoptosis. Based on their protein structure and function, the Bcl-2 family members can be further subdivided into three groups: the pro-apoptotic, anti-apoptotic, and BH3-only subfamilies. The pro-apoptotic Bax-like subfamily promotes apoptosis by forming pores in the mitochondrial outer membrane and regulating mitochondrial cytochrome C release, ultimately inducing cell death through the caspase cascade. Anti-apoptotic proteins, such as Bcl-2, contain a transmembrane Bcl-2 homology (BH) domain which mediates their localization to the mitochondrial membrane, where they inhibit apoptosis by interacting with and sequestering pro-apoptotic family members. The BH3-only subfamily is composed of proteins that share little sequence homology with other Bcl-2 family members except the BH3 domain. Many cellular signaling pathways including death receptors, growth factor receptors and DNA damage sensors converge on Bcl-2 family members to modulate the induction of apoptosis.