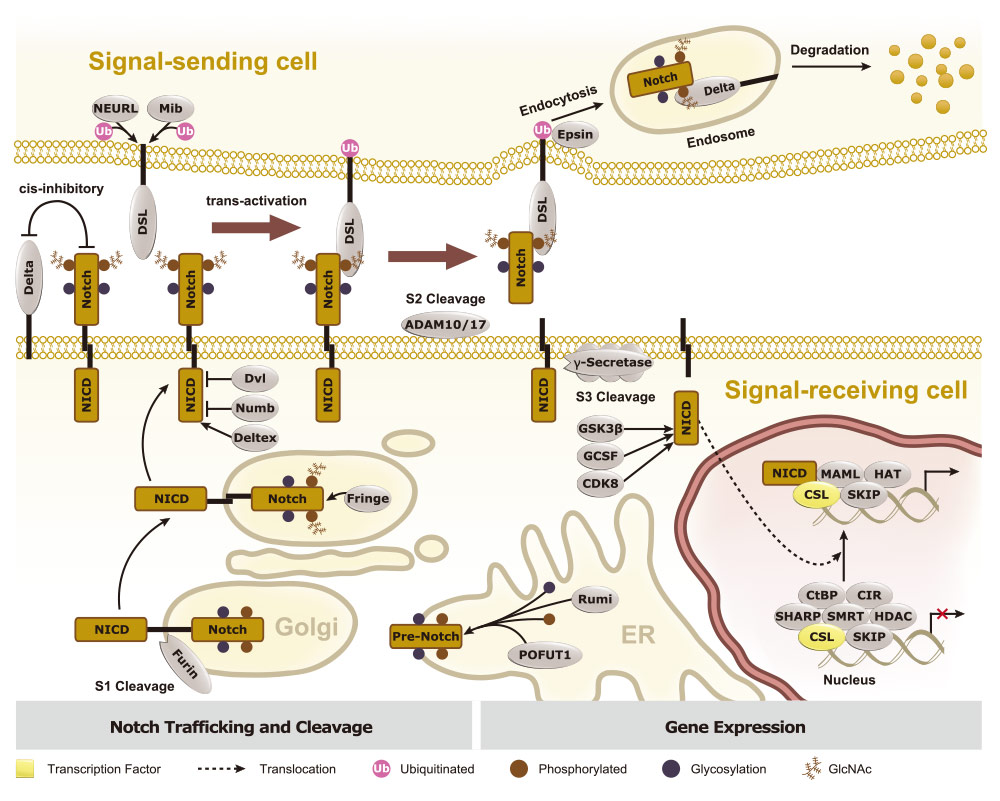 The Notch signaling pathway is an important evolutionarily conserved pathway that plays a vital role in the regulation of asymmetric cell division, cell fate specification, proliferation and apoptosis during development. The ligands for Notch receptors, which include Delta, Serrate (referred to as Jagged in mammals) and Lag-2, are also transmembrane proteins, which means that Notch signaling is dependent upon physical contact between the signal-sending cell and the signal-receiving cell. Ligand activation requires ubiquitination within the signal-sending cell by one of the E3 ubiquitin ligases, Neuralized (Neur) or Mind bomb (Mib). Proper activation of Notch requires specific glycosylation by O-FucT-1 and Fringe, along with proteolytic cleavage by intracellular proteases, such as Furin. Following ligand binding to Notch, two independent proteolytic cleavages are initiated. First, a member of the ADAM family of metalloproteases cleaves the Notch extracellular domain, which remains bound to the ligand and is then endocytosed by the signal-sending cell. Next, the gamma secretase complex cleaves Notch again to release the Notch intracellular domain (NICD) within the signal-receiving cell. NICD then translocates to the nucleus, where it acts as a transcriptional activator by inducing the expression of target genes.